Castles by their very nature hold mysteries and, as one of the only ancient castles on the mainland open on a B&B basis, our very own Barcaldine Castle is bound to have some shadowy secrets of its own. With a friendly and memorable accommodation service – it would almost be a crime not to stay and discover the thrills of the 400-year-old castle!

2) Voted No.1 Haunted B&B by TripAdvisor

According to a public survey conducted in 2013, many visitors to the castle believe it to be haunted – possibly by the ghost of Donald Campbell, Laird of Barcaldine, since he was violently murdered in the castle in the 17th century by Stewart of Appin during the Massacre of Glencoe, one of the most notorious massacres in Scotland’s rich and colourful past.

Victim Donald is the brother of the castle’s founder Sir Duncan Campbell, who built the ‘Black Castle’ between 1601 and 1609. Legend states that murdered Donald continued to haunt his brother Sir Duncan, as punishment for sheltering Stewart of Appin, his murderer, at his home in Inverawe, where Appin had fled after murdering Donald. Poor Sir Duncan didn’t even know his brother had passed away, so unbeknownst to him sheltered his brother’s killer. By the time he had wised up, it was too late, the murderous Stewart of Appin had fled once again!

Donald Campbell reportedly haunts Barcaldine Castle out of pure frustration at the injustice he suffered. Guests often tell tales of The Caithness Room being haunted, with sightings of Donald’s ghost featuring heavily in their stories. Many who have slept on the right side of the king-sized bed in The Caithness Room claim that they experienced feeling pressure on their back or legs as though someone was sitting on them! Others allege that odd lights have moved around the room at night, with no clear explanation as to how they got there.

The TripAdvisor survey may have been carried out in 2013, but many are still tempted to find out if Campbell’s ghost still roams the rooms and halls – are you?! 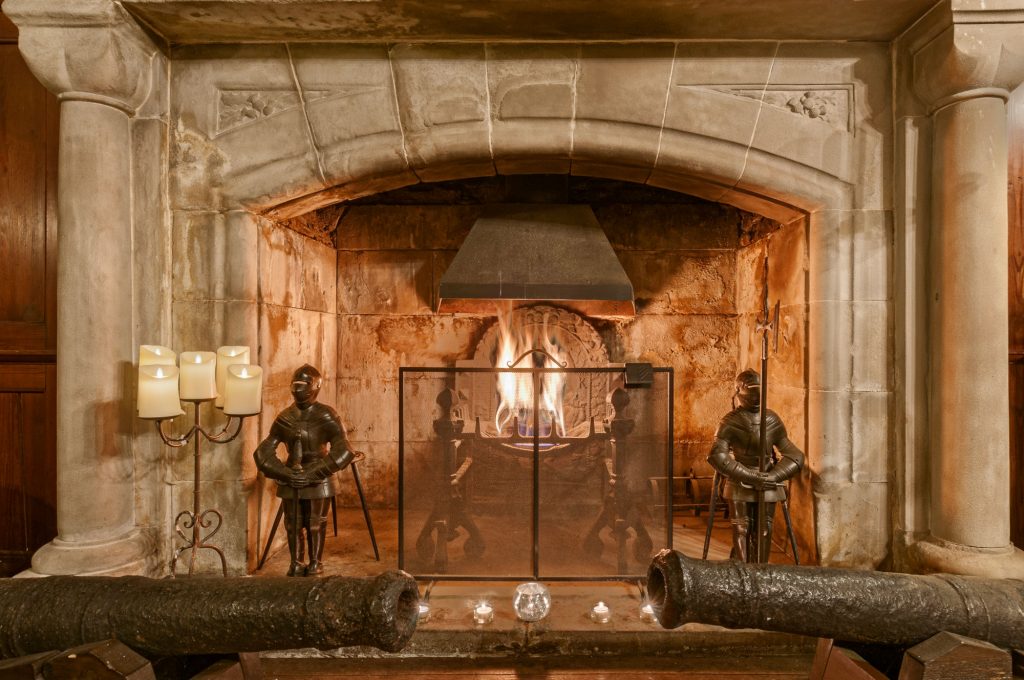 The castle may have wi-fi access and modern facilities but rooms such as The Breadalbane Room retain their traditional charm, boasting a super king-sized four-poster bed commissioned in 1898. Meanwhile, The Lochnell Room features an impressive 17th century Jacobean four poster double bed that is complemented by other period furniture. 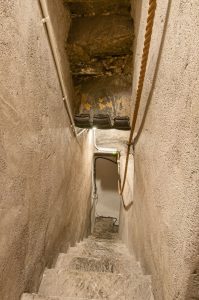 Ornate, open roaring fireplaces, antique furnishings and paintings and even a secret staircase ensure the historic feel of Barcaldine isn’t just restricted to the bedrooms but embodies the entirety of the castle!

With secret spiralling staircases, a sinister bottle dungeon and being nestled in the stunning mountains of Glencoe boasting picturesque views, Argyll’s Black Castle is now available to be used as a backdrop for film and TV shows as of 2018. If you’re a movie fan, why not visit the castle to say you’ve been to what will no doubt promise to be an iconic film location in years to come?

Whether you’re a ghost hunter, film and TV fan or history buff, we’d be surprised if you weren’t intrigued by what Barcaldine Castle has to offer. To book your stay visit our Reservations page.